Last Week in Sony and other Tidbits …

Wow, what a week last week was. I don’t know where to start, I have a lot of joy but a lot of hate right now for Sony. You know its like, hearing from your older brother that he was going to get you that cool toy on Monday, but by Friday you find out that you had to actually pay for the damn thing.

That sums up the general feeling for Sony loyalists and people who were even considering purchasing the Monday priced 60gb PS3 for 499 which was originally 599, to hearing that it would go through a clearance sale to be replaced by a 80gb version that would once again be priced at 599. Confused? A lot of gamers are but its just this, in the West, not including Europe, the unit will be phased out. Kinda sucks huh? Not really. People wanted a price cut and I’m guessing that’s what the marketing department at Sony came up with. Now there are rumors of the 80gb version not being all it can be in comparison to the previous SKU. This makes the 60gb version all the more better in terms of quality if that’s true.

More Home details were shown and its looking sweet, and surprisingly you will be able to launch any game from the Home interface. Games? Phil H. announced that owners of PS2, PSP, and PS3 need not worry as around 500 games are in development, or near completion for this year, and the first two quarters of next year. So if you had problems choosing games, that should vanish in time.

Probably the worst game I’ve seen in a long time will hit the PS3: “PAIN”. Never has a title appeared to be more pointless to me that this thing. I mean, what is it? On the other spectrum, you have titles like L.A.I.R, Drakes Fortune, and Heavenly Sword, so I guess balance is preserved. Interesting tidbit about Heavenly Sword. It turns out that it doesn’t play that much like God of War. Andrew Yoon, of Ps3Fanboy, had a chance to play the game and pointed out some of its mechanics -

“The most important thing to note about Heavenly Sword are its controls: don’t start playing the game, expecting it to control like God of War. This is a vastly different beast to tame, and button-mashing isn’t as encouraged in this battle system. Expect to be a lot more methodical, and observational, as analyzing enemy movement and stances becomes crucial to true success in the game.”

It sounds promising and perhaps the game may be more comparable to the likes of Ninja Gaiden with regards to the above quote.

After a few days the 60GB PS3 is now on back order at Amazon.com. Expect this trend to happen soon across the board. Don’t forget to pick up your Remastered version of The Fifth Element while you’re at it. I’m surprised that Sony even considered answering the cries of a many a fan for this movie after the previous version that was released. Another BR you may want to pick up is the BBC’s Planet Earth. If you’re into History Channel and TLC then this BR is for you. Not only is it informative but the scenes look so good you’ll think that its CG. One of the extra’s in Motorstorm had a similar HD display of the desert that was simply draw dropping.Ãƒâ€šÃ‚Â  Now all I’m missing is that BR version of Ghost of in the Shell 2: Innocence. 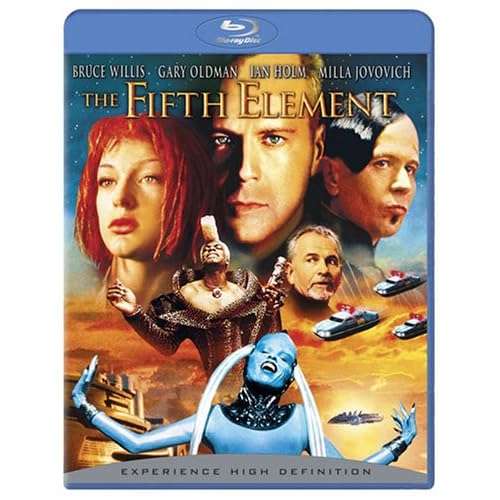 Well, at least we know that Sony is attempting to make new IPs for the system and several a user won’t have to deal with those God awful ports. Someone made an interesting comment once about ported games many years ago: “its like they just slapped this thing on the cartridge and called it Harry.” This can be said about Rainbow 6. While I’m sure you’re all willing to bite my head off for that comment, I want you to know that I actually beat the damn thing on realistic and played several a co-op game online. Personally, it didn’t do it for me. The sound in the game was horrible, and the visuals were just so dated, it almost look like it could have been done on PS2. Well, thank God that’s over with, I’m selling it and picking up The Darkness. See you next week.