END_OF_DOCUMENT_TOKEN_TO_BE_REPLACED

Okay, I got the third degree from my 360 brethren many a time about co-op this and co-op that. Yea, RB6 had it, but that game was beyond lackluster for me on Ps3. Well, looks like the girls and boys over in ps3 world will get 60 player online battles [an they said it couldn't get bigger] and 8 man CoOP [four per PS3]. See the back of the box art for more - Damn. The only other thing that I can think is, is that this is … fake. But it would be nice to be wrong wrong wrong.

END_OF_DOCUMENT_TOKEN_TO_BE_REPLACED

So we’ve all heard by now the big news about Master Yoda and Anakin Skywalker a.k.a Lord or Darth Vader which ever sounds more devastating to you, appearing in the new upcoming soul calibur game. Here is the video proof that it’s all true so sit back and watch yoda stop Astaroth raging axe with the force and Vader clash lightsaber with katana against Mitsurugi.

The only thing more amazing looking [and sounding] that XBLA’s Omega 5 is the announcement from Namco that Darth Vader will be joining the cast in Soul Calibur IV. Okay okay. I know what you’re thinking - “this doesn’t make sense but yes I think its phat and Fighting games don’t have a solid story to begin with.” Some of us think its a despearate push but really Ain’t This Cool News? Namco must have moved some serious CREAM to get rights to put this bad boy in there classic brawler. Yoda snuck into Vader’s time dimension thingamagiggy and made it to. “Brave I am.” The only other problem is the light saber itself. Since SC 2 and 3, multiple weapons became available so perhaps each character will get the Lightsaber version. Cool. For the Star Wars geekz though, they would know, like myself, that there is an item that Lightsabers can’t cut - obsidian.

END_OF_DOCUMENT_TOKEN_TO_BE_REPLACED

Well it was bound to happen I mean what game out there in this world of sequels honestly has 3 consecutive hits back to back to back. We all have seen what happened when lead developers who create masterpieces step down to work on other projects, the result are always never too good. Cory Barlog, lead developer for God of War steps down and leaves poor Kartos 3rd finale in the hands of SonyÃƒÂ¢Ã¢â€šÂ¬Ã¢â€žÂ¢s Santa Monica team. According to Barlog he believes that the Santa Monica team is very talented and being that he already laid out the bread crumbs all they have to do is follow. I canÃƒÂ¢Ã¢â€šÂ¬Ã¢â€žÂ¢t help but wonder why leave before the game is even developed, just what exactly went down over there at Sony that would have him do such a thing. IÃƒÂ¢Ã¢â€šÂ¬Ã¢â€žÂ¢d figure you have the power of the PS3 now at your side and the 3rd installment of a blockbuster game in which countless fans are waiting for to see how kratos ripping will play and look on a next gen console, stepping down wouldnÃƒÂ¢Ã¢â€šÂ¬Ã¢â€žÂ¢t have even been a thought in your head.

Sign I have a bad feeling already that this game will offer nothing new besides ps3 graphics. Being that the story and design is already laid out for the team that leaves little to no room for changes that may occur during development that can actually work out good for the game. O well only time will tell as we wait with anticipation for more info on the development of the game.

L’esfants at Playfrance.com put some seriously draw dropping images of the soon to be released PSN title Wipeout HD including an interview with Studio Liverpool. To say the least, the screens look good and of course is by far the best looking Wipeout port ever made. Though I’m still having fun kicking back with Pulse, it was great to finally have the ability to see more on the HD upgrade.Ãƒâ€šÃ‚ Online will support 6 man bouts and given the break neck speeds that I experience on the PSP, I can see why the cap is so low. Expect to hear complaints though SCEE since I’m sure PSN players will request more as time goes by. 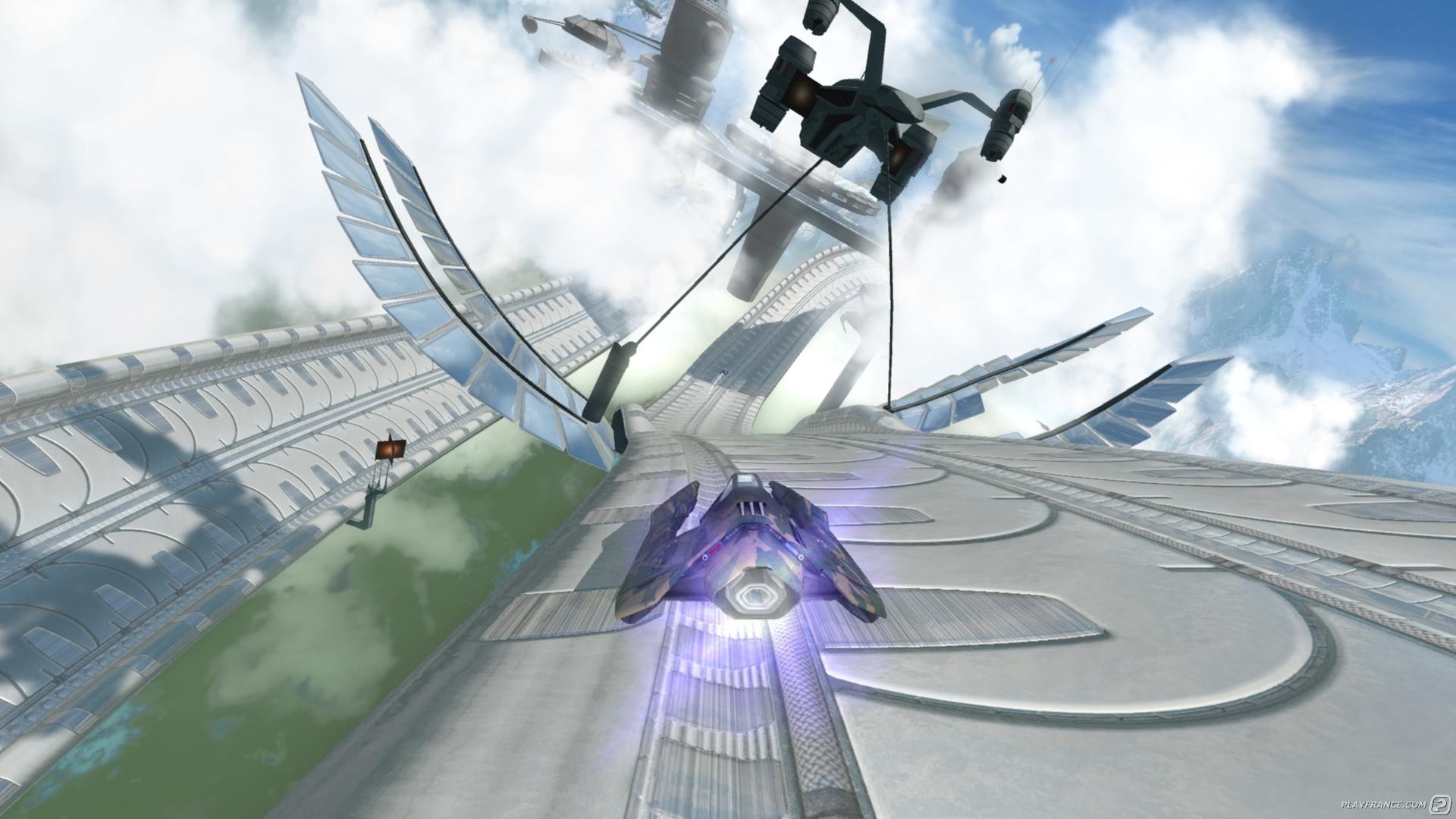 END_OF_DOCUMENT_TOKEN_TO_BE_REPLACED

The return of Cloud??? No one knows, but its FF so need I say more?

Nega’Hangul’Ma’Chel’Mo’Tam’Ni’Da :D. Besides that fact, deciphering Korean is madness but the obvious post on Ruliweb.com’s site shows us some new footage from the DMC 4 Demo on the PS3. Nuff Respect to RuliWeb.com for putting this up ^_-. The videos showcase just how smooth this game appears at 60fps.

END_OF_DOCUMENT_TOKEN_TO_BE_REPLACED

A shooter fans’ wet dream - release the sequel to EinhÃƒÆ’Ã‚Â¤nder. That game was classic in every way and had an addictive nature to it. If there was a time for you to be excited about 12 stages of bullet-dodging mass-explosive action, this title seems to fit the bill.

END_OF_DOCUMENT_TOKEN_TO_BE_REPLACED

This Week in Gaming …

And so Mario, the first King of Gaming, has arrived. Mario is good, especially if he has a special place in your heart, the little guy knows how to suck you into a void of no return. Consider a friends quote: “dude, I may pick up a WII just to play this game.” Perhaps it’s that warm fuzzy feeling or tingle you get from playing a Mario game. Regardless, the game is cool and hands down the best titles to hit the WII. Get if you own a WII or go for the SP Edition if you dare.

END_OF_DOCUMENT_TOKEN_TO_BE_REPLACED

… and so goes the saying as gamers joke around about their recent inabilities to hit up an online multiplayer fiesta via Call of Duty 4 Modern Warfare. What gives? Not sure really but perhaps Infinity Ward was not expecting the hits that their servers got after they released the beast that is CoD4 mid last week. Gamers are thoroughly unforgiving, especially when they are told they will get an A and they get a B. “Charlie don’t Surf” but apparently he can’t log on to a server either as the XBOX 360 owners and the PS3 owners moan from the lack of a proper online session. END_OF_DOCUMENT_TOKEN_TO_BE_REPLACED