Here ya go aces fans. Bandai Namco’s Skycrawlers trailer just hit the web and so we can finally see some game play albeit brief. It’s shaping up to look like something more than your usual licensed anime fair. One thing I have to admit, is that I can’t help, but get a hint of Crimson Skies whenever I see this game. Crimson Skies had pretty tight game play, but ultimately I think it’s purposely cheesy story and dialog got the best of the game and therefore went under looked by the masses. One thing I hope the game has is the interesting soundtrack thats featured in the trailer. I like the sound of it’s Japanese influence.

It seems The Storm Riders is hitting it big in ’08, besides the new live action movie coming out, there’s also an animated flick about to hit us soon. Entiled “Storm Riders: Clash of Evils” it looks to tell the further adventures of our heroes wind and cloud. Now keep in mind, this isn’t japanese animation nor korean. This 100% chinese, which is very rare that you see! This flick should hit sometime this year (an exact date isn’t known at the moment). Peep the sick trailer below!
Unit out…

Wind and Cloud are back! StormRiders 2 movie!

That’s right! those who are familiar with the classic fantasy chinese movie The Storm Riders (released in 1998) based of the comic book will be excited to know that a sequel is coming full blast. Directed by none other than the Pang brothers (“the eye”, “bangkok dangerous” and “infernal affairs” which was remade here in the u.s. as “The Departed”). This new flick will not be a direct sequel, but another story told in that universe. And to top things off, Ekin Cheng (wind) and Aaron Kwok (cloud) will be reprising their roles as the main characters. the entire film is being shot via green screen ala 300 and will have a possible release date sometime late this year to next. I can’t wait for this flick especially being a big fan of the first and of the whole fantasy kung fu genre. Peep some of the hot costume designs below of the characters appearing in the film and also some clips from the first movie just to jog those memories! We’ll keep you updated when the first trailer hits.
Unit out… 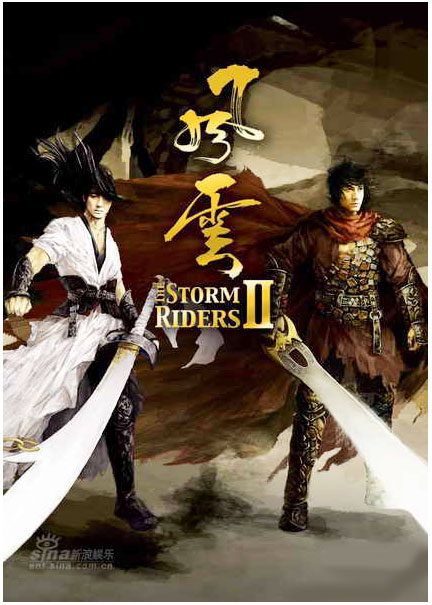 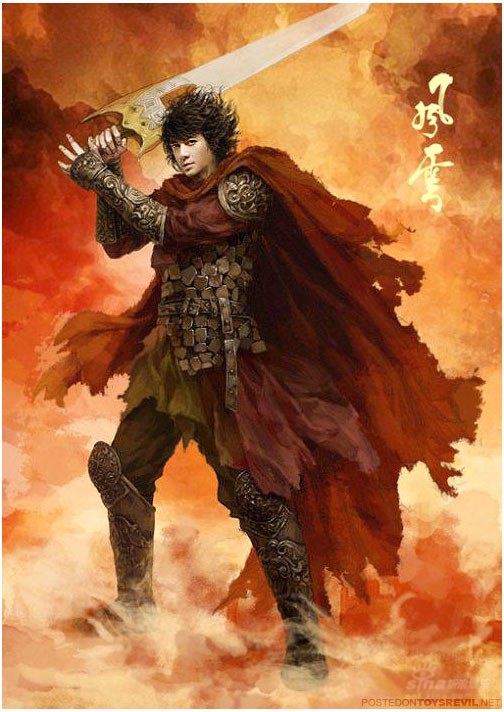 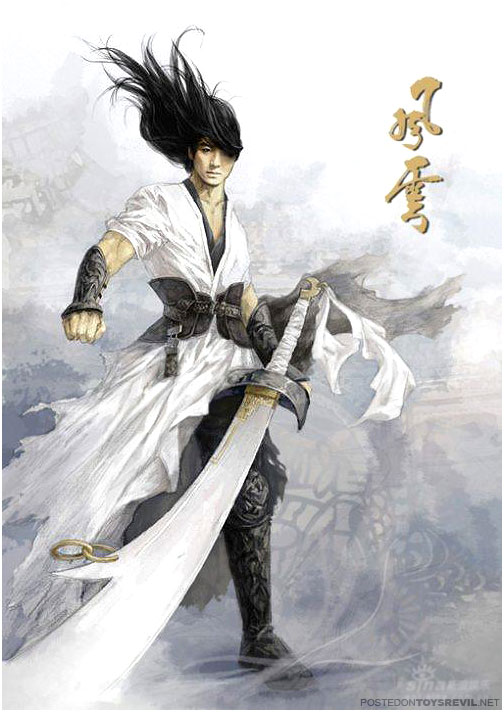 END_OF_DOCUMENT_TOKEN_TO_BE_REPLACED

Okay, so you have a franchise, its been around for 10+ years, and unless your name is Kojima, and you’ve been hitting high standards from day one, it’s your obligation to innovate and innovate hard; even if your fan base is a strong niche. Well, enter FromSoftware – home of do it again one more time baby. I gotta hand it down to these guys they have / had a great idea with the AC series but it’s been about 10 years and it seems like users have just about had it. Blame the hate on the previous iterations on 360 and PS3 last year and it looks like the most recent video shows off the same ol’ same ol’. Looking back further in the series though, I guess followers could have gotten the hint earlier. Funny comments posted by GT Users below. And there’s more of that to. This is tough love, thank you very much, as the same people hating on this game are (or were after this) strong followers. Point and case: the game needs an Innovation Pill. According to another TrueGameHead, “You buy that game for the f*^&*ing intro man ^_^”. What’s worse is that people are given users thumbs up for those comments. Sad.

We’ve all been waiting for the this for a long time, and guys some one get this Monty Oum guy an Oscar please. All i can say is just Damn!!!

The little Blue guy just doesn’t know when to call it quits. I must say sonic has always been my favorite mascot he’s just cooler than the that fat plumber guy, he just never could get a decent game out after the genesis passed on. Title after title all sucked badly, until his debut on the Nintendo DS, the Sonic Rush series was one of the best sonic games to date it’s sad that a portable version of sonic achieved what the consoles could not. Well hopefully that looks to change for this new title. Let’s completely forget the last Sonic game that dropped on the PS3 and xbox360 and hope that this is the title we’ve all been waiting for. It looks to be on the right path so far much like the DS Rush series using sonics major and most important ability SPEED. And the 2D/3D elements work perfectly for the game as well. I’m not expecting a story because they all sucked, I think it’s the whole sonic and humans existing in the same world crap is the problem. O well beggars cant be choosers i guess.

In the most recent episode of Bonus Round, Michael Pachter, can be quoted as calling the DWI Mode in GTA as “a doppy idea.” Apparently, you can get drunk in the game and proceed to cause more havoc around the world of GTA. Nice, better here than out in the real world right? Not so sure about that, as I’m sure politicians will eat this opportunity up and hurt gamers and other games world wide from this alone.

Chris Morell of GP was also on this panel, and though we know that this game is geared towards adults, I love how he kept saying that this title was for “kids”. Well, since kids are all under 18 Chris, you’d have to wonder who the game is really intended for?

There was a time that if you mentioned a DBZ game to any of the staff members here we would either proceed to give you a verbal beat down, or ignore you all together. True, DBZ has come a long way from this -

However, Hyper Dimension was considered to be the Dragon Ball/Ball Z game to own. I still think that FuriousLee is a cheater this realm though. These days its almost impossible to pick up a bad version of the Epic Saga since the release of Budoukai. Burst Limit is pushing the envelope even higher, in full HD, with gameplay cuts that will rival the original anime prints-

If you took away all the HUD data, it would be easier to mistake it for a revamped version of the series.

So, expect your characters to be attacked with massive energy beams, only for the game to switch to a 3D rendered cut-scene depicting said character knocking away said beam in defense, then quickly switching back to the continuing 2D gameplay. Based off the series of novels and upcoming Japanese animation comes Sky Crawlers. A new installment from the genius behind the Ace Combat franchise. What makes this game special is the fact that the legendary director of Ghost in the Shell, Mamoru Oshii will be behind the game and upcoming movie(which by the way is looking pretty sick) from famed studio Production IG(of Ninja Scroll fame). Sky Crawlers is set in an alternate world and chronicles the story of young pilots ad mist a conflict between waring countries featuring dogfight warfare. One thing the Ace Combat games have been known for is their attention to actual stories surrounding the pilots in their games. And being based off of a series of novels(released in Japan) and having a famed director attached to the project should insure that a strong story will also surround the characters in Sky Crawlers as well. Not much else is known at the moment about the title and movie, but as usual, more info will start to trickle down as the movie and game release draws near. Sky Crawlers drops this summer in japan along with the anime, but no word of an US released has been announced as of this time.

This game although may look like a Gears of War clone is actually far from it. Check out these 2 sweet trailers showing the games story mode and multi-player battles. Is it me or does these guys in the their full body armor remind you of everyones favorite bio booster hunter Guyver!